This article is using {{Card template}}.
See Help:Style guide/Card for how to edit this kind of article.
Edit this article
Zul'jin
53226 • TRLA_204h
Regular 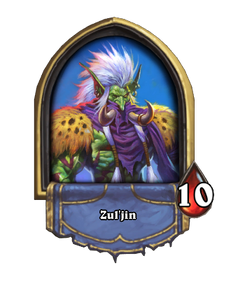 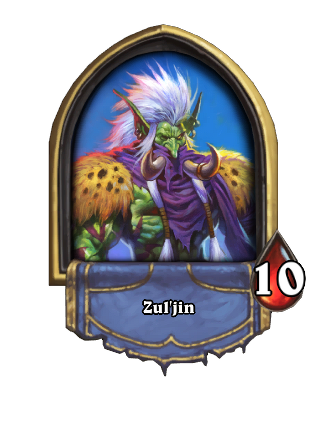 For the hero card of the same name, see

Zul'jin is a boss that can be encountered during the Rumble Run, if the player has not chosen one of the Hunter Shrines. 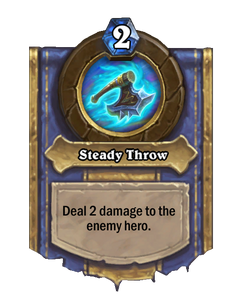 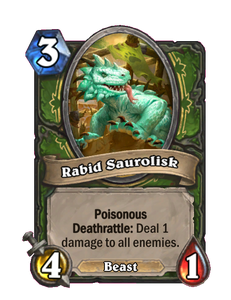 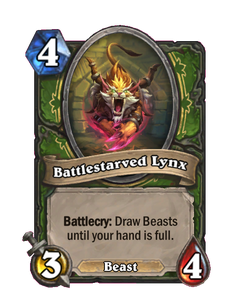 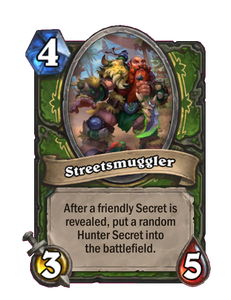 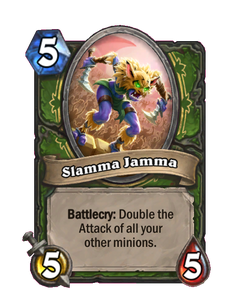 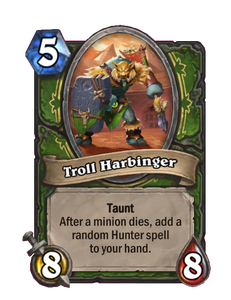 Zul'jin
I gonna bury you!

Zul'jin
De Amani never forgive!
Halazzi will be avenged!
You gonna pay. You all gonna pay!

Zul'jin
Dis one's for Halazzi!
Don't be hidin' behind ya frog now. (vs. Shaman)

Hahah, it be a jungle in here!

These be my bruddahs: Fang and Claw.

Revenge of the Wild

Spirit of the Lynx

Dey sniffin' you out, mon.

Give me a hand!

Zul'jin (also spelled Zuljin) was the Warlord of the Amani forest trolls and chieftain of the Amani tribe since before the Second War. Zul'jin was a fierce enemy of the high elves, with whom he shared many years of conflict. Zul'jin and the Amani tribe were allied with the orcish Horde for the duration of the Second War, but Zul'jin himself was captured near its end by Halduron Brightwing, in whose custody he lost an eye and an arm, which he never regenerated. Upon gaining his freedom, he went into hiding to rebuild his army and plan an attack on the remnants of the high elves, now known as blood elves, only to find them allied with the reformed Horde. He was killed by Azerothian adventurers who raided Zul'Aman during the Invasion of Outland.

Zul'jin - styled as "Warlord Zul'jin" - used to be found as the final boss encounter of Zul'Aman in Ghostlands, the capital of the Amani tribe.

In Hearthstone lore, Zul'jin serves as the champion of Halazzi's Lynxes, the ferocious hunter team in Rastakhan's Rumble.

Warlord Zul’jin is reckless, bitter, and has a chip on his shoulder that’s even bigger than his blade. He is more than willing to unleash the primal power of Halazzi the Lynx loa upon his competitors, but he’s got a special knack for the mystical side of the hunt.[1]

Rikkar sympathized with Zul’jin. They had a surprising amount in common: they were both passionate, indomitable, and hungry for victory that always seemed just out of reach. Zul’jin never gave up fighting for the Amani empire, no matter how bad the odds. Or losing major pieces of his anatomy. If Zul’jin could keep fighting with one eye and one arm, how could Rikkar give up now, with two eyes and two whole arms?[2]