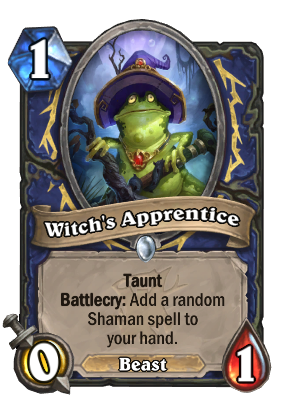 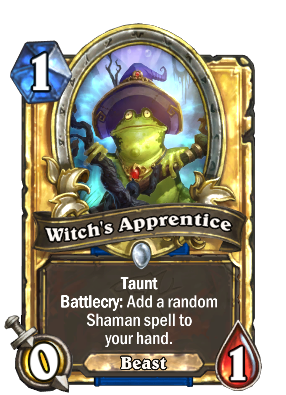 Witch's Apprentice is a common shaman minion card, from the The Witchwood set.

Witch's Apprentice can be obtained through The Witchwood card packs, or through crafting.

The Witch's Apprentice was originally an apprentice to Hagatha the Witch but was turned into a frog when "things went a little bit wrong".[1]