Hearthstone Wiki
Register
Don't have an account?
Sign In
Advertisement
in: All cards, Wild format cards, Ghost art,
and 2 more

Wisps of the Old Gods

This article is using {{Card template}}.
See Help:Style guide/Card for how to edit this kind of article.
Edit this article
Wisps of the Old Gods
38655 • OG_195
Regular 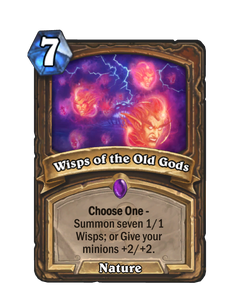 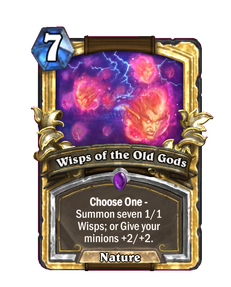 They're just normal wisps, actually. The "Of the Old Gods" bit is just marketing. 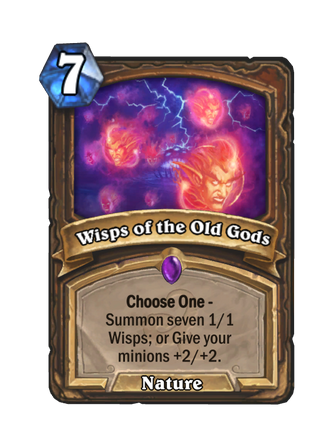 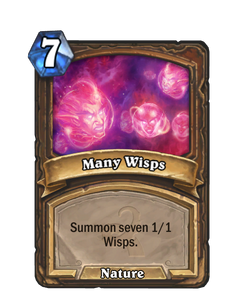 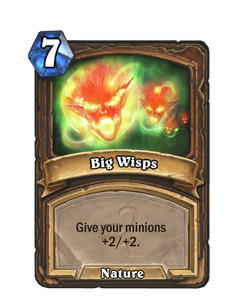 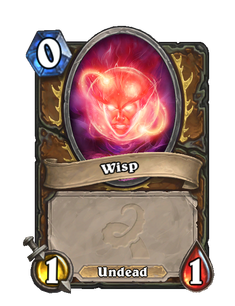 Revolving around minion synergy, Wisps of the Old Gods is best in a deck designed to make use of multiple minions. The main druid synergy card for this is

Savage Roar, usually aiming to set up a one turn kill using a fairly large board of buffed minions.

In terms of general play, this card's first option can be very powerful if your opponent does not have AoE spells ready to counter it. If the Wisps survive to the next turn, a Savage Roar can give them enough attack to win the game outright. The spell's second option can be used in a Savage Roar deck to further (and permanently) buff the druid's minions, most useful in a deck that focuses on developing a well-populated board.

With a specific goal in mind,

Onyxia are almost always superior, serving in place of Wisps of the Old Gods' first and second effects: for 2 extra mana Cenarius not only gives a +2/+2 buff to the player's minions but also summons a 5/8 minion, while Onyxia summons an 8/8 in addition to a board full of 1/1 Whelps. Wisps of the Old Gods however excels at diversity, allowing the player to choose between the two effects.

The Forest's Aid, and

Blessing of the Ancients over the years, it's a powerful standalone card when combined with

Untapped Potential, filling your board with 3/3s.

This appears to represent a corruption of