This article is using {{Card template}}.
See Help:Style guide/Card for how to edit this kind of article.
Edit this article
Water Elemental
395 • CS2_033
Regular 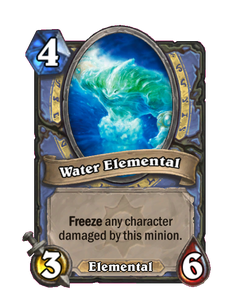 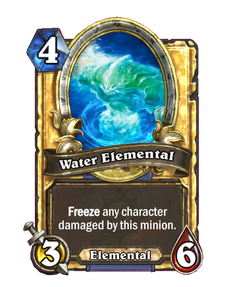 Don't summon a water elemental at a party. It'll dampen the mood. 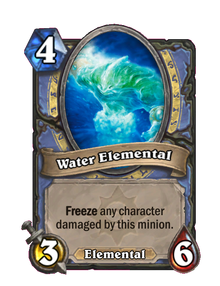 Water Elemental is a mage minion card, inducted into the Legacy set, formerly from the Basic set. 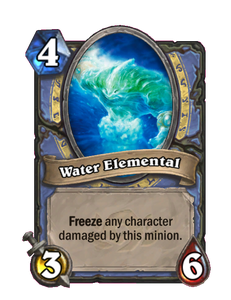 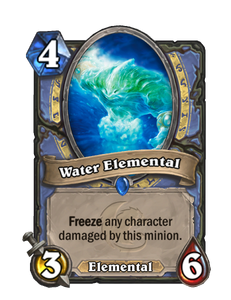 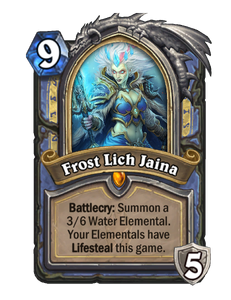 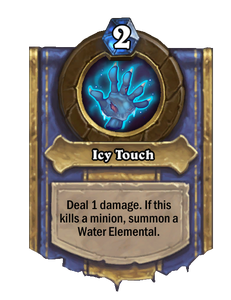 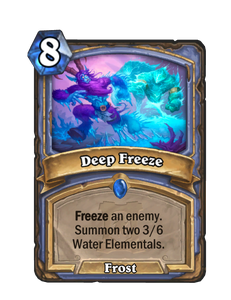 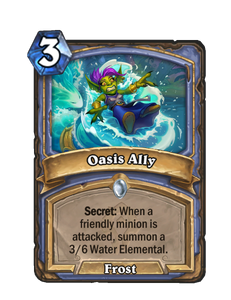 The Water Elemental has fantastic stats for a 4-cost minion, and comes with a powerful effect: it creates a Freeze effect on any character it damages, causing the target to miss their next opportunity to attack. This includes both minions and heroes, making the Water Elemental quite effective for preventing weapon-using classes from putting their weapons to good use.

Water Elemental is a solid pick for a basic or midrange mage deck, providing excellent value if played on turn 3 or 4, and usually able to trade for multiple cards.

Water elementals are beings of concentrated water that mages have taken upon summoning from the Elemental Planes. They are then bound to the mage's will and can be controlled to attack foes and perform tasks.

In World of Warcraft, Water Elementals can be summoned by Frost mages as permanent pets. They assist the mage in combat by dealing damage to foes with their Waterbolt attack, as well as using their Freeze ability to root targets and open up combos with spells like Ice Lance.