Expanding on the story of Forged in the Barrens, this set follows Rokara and her party as they venture into the Wailing Caverns. This is no ordinary adventure however, as the Wailing Caverns have been twisted by the nightmares of Archdruid Naralex and are home to sinister Druids of the Fang.

Wailing Caverns cards are available through the following options:

This expansion features 35 collectible cards. Wailing Caverns cards can be recognized with a special watermark (the Forged in the Barrens logo emerging from a card) behind the card text, not found on other cards. 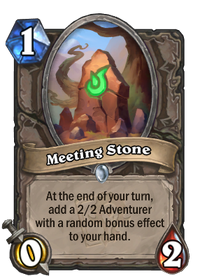 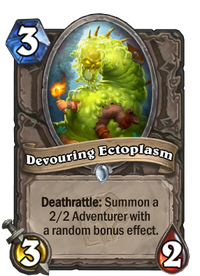 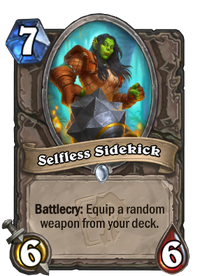 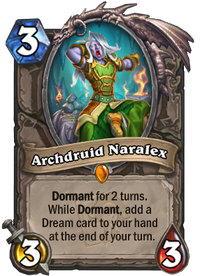 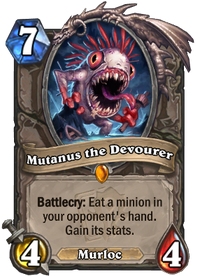 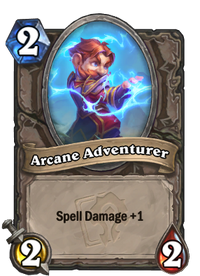 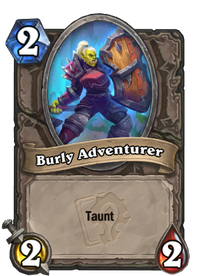 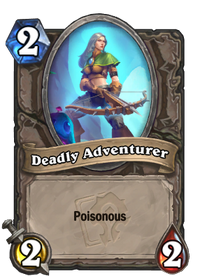 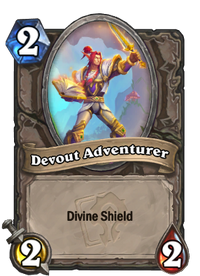 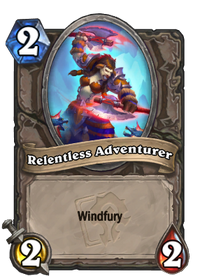 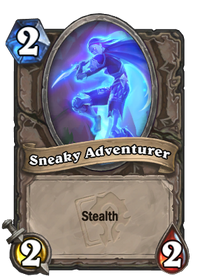 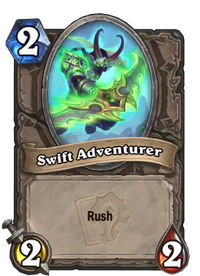 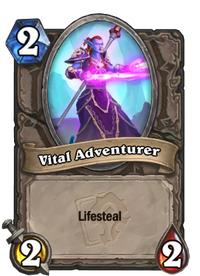 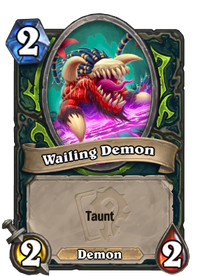 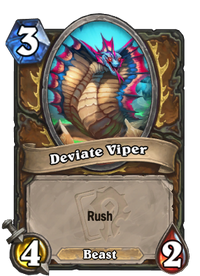 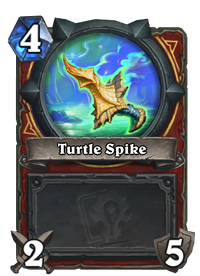 Transcript
Varden: Imagine - an elaborate cave system deep underneath the Barrens!
Hamuul: Halt! If you are here to enter the Wailing Caverns, you must turn back.
Rokara: Pft. We handled the Barrens, Archdruid! We can handle whatever's inside that cave.
Hamuul: Do not be fooled by its beauty. The Nightmare has corrupted every plant and animal in these caverns. They will try to tear you apart piece by piece.
Guff: But I love animals! We have to save them!
Hamuul: If only it were that easy, great-nephew. You would also have to face wielders of nature itself. The Druids of the Fang have fallen to darkness. They command the power of the wilds, and they shall-
Rokara: -They shall fall, and bring us even more glory! For the Horde!
Mercenaries: FOR THE HORDE!
Hamuul: And then, in the caverns' depths, you would battle unspeakable horrors. The Nightmare walks down there... twisting everything it touches, creating monsters never meant to exist in our world! Even you five together would not survive their wrath.
Bru'kan: Ah, yes, yes, Archdruid Runetotem. Thank you for your wisdom. We will take your warnings to heart and trouble you no more.
Hamuul: Then I bid you farewell, adventurers. Be safe.
Rokara: (Aside) We're still going in, right?
Bru'kan: Of course.
Mercenaries: (Laughing)
Guff: We are going in and he does not know!

In years past, a night elf druid named Naralex discovered a network of underground caverns within the heart of the Barrens. Dubbed the 'Wailing Caverns', these natural caves were filled with steam fissures which produced long, mournful wails as they vented. Naralex believed he could use the caverns' underground springs to restore lushness and fertility to the Barrens - but to do so would require siphoning the energies of the fabled Emerald Dream. Once connected to the Dream however, the druid's vision somehow became a nightmare. Soon the Wailing Caverns began to change - the waters turned foul and the once-docile creatures inside metamorphosed into vicious, deadly predators. It is said that Naralex himself still resides somewhere inside the heart of the labyrinth, trapped beyond the edges of the Emerald Dream. Even his former acolytes have been corrupted by their master's waking nightmare - transformed into the wicked Druids of the Fang.

On May 27th, 2021, Blizzard posted the initial trailer for Wailing Caverns to YouTube, announcing the release date of June 3rd. Card reveals began on May 28th.