This article is using {{Card template}}.
See Help:Style guide/Card for how to edit this kind of article.
Edit this article
Volcanic Potion
40297 • CFM_065
Regular 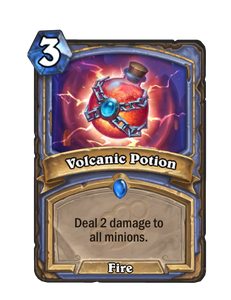 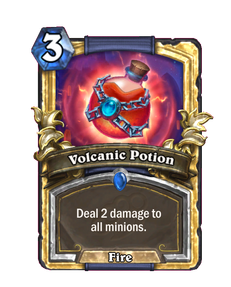 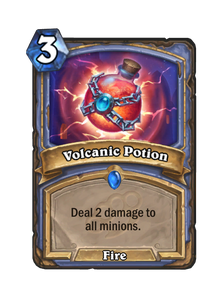 Volcanic Potion is an rare mage spell card, from the Mean Streets of Gadgetzan set.

This card is a good counter to aggro decks, often dealing enough damage to clear the board early game. While more powerful than Arcane Explosion, it has the downside of damaging your own board - a rare trait for a Mage AoE spell.