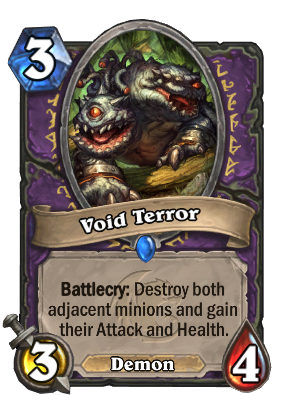 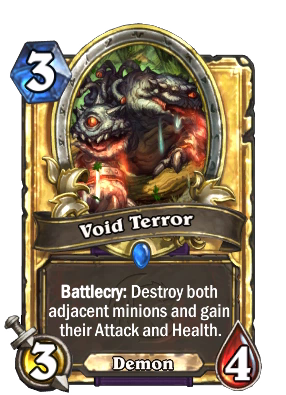 Battlecry: Destroy the minions on either side of this minion and gain their Attack and Health.
Flavor text

If you put this into your deck, you WILL lose the trust of your other minions.

This is the Core set version of Void Terror, a rare warlock minion card, originally from the Legacy set.

For more information about Void Terror, see the original version. 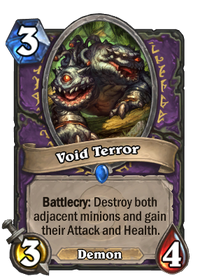 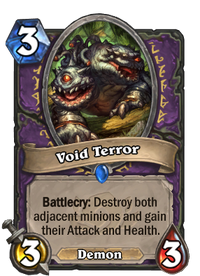 Void Terror (Core) is uncraftable and cannot be crafted or disenchanted.