This article is using {{Card template}}.
See Help:Style guide/Card for how to edit this kind of article.
Edit this article
Vilefin Inquisitor
38227 • OG_006
Regular 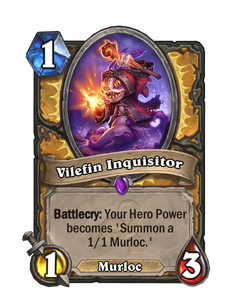 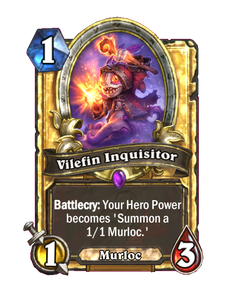 Nobody expects the Vilefin Inquisition! 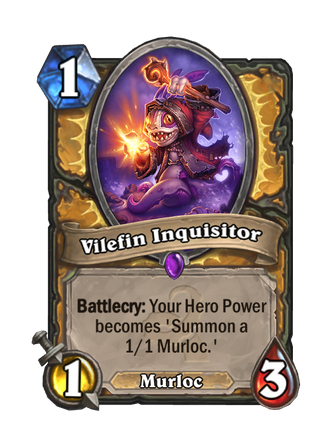 Vilefin Inquisitor is an epic paladin minion card, from the Whispers of the Old Gods set. 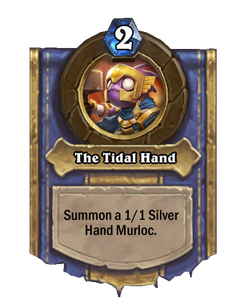 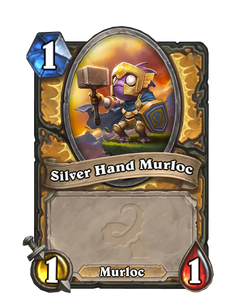 This card obviously fits best in a paladin Murloc deck, giving the player no shortage in murlocs, therefore allowing you to maximize the effect of any murloc synergy cards, such as

However, this card makes

This murloc appears to have been corrupted by the Old Gods, with tentacles in place of legs. However, unlike other corrupted minions, this minion's original form does not feature in Hearthstone. It is possible that the Vilefin Inquisitor is an abnormal murloc or was warped prior to the reawakening of the Old Gods, but this does not match the appearance of Vilefin murlocs in general in World of Warcraft.

The Vile Fin tribe is a tribe of murlocs found in both the Tirisfal Glades and Silverpine Forest.