This article is using {{Card template}}.
See Help:Style guide/Card for how to edit this kind of article.
Edit this article
Upgrade!
511 • EX1_409
Regular 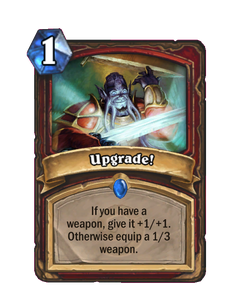 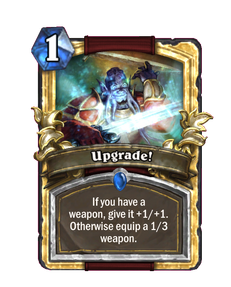 Click here for full resolution image
If you have a weapon, give it +1/+1. Otherwise equip a 1/3 weapon.
Flavor text

Upgrade! is a rare warrior spell card, inducted into the Legacy set, formerly from the Classic set. 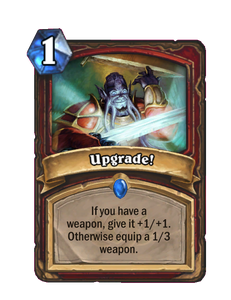 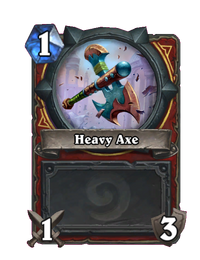 This is an efficient source of damage for warrior decks in the early game. In the late game, when combined with cards like Gorehowl, with its incredibly high Attack and only 1 Durability, this card can become a game changer, giving you up to 9 additional damage to the enemy hero for only 1 mana.