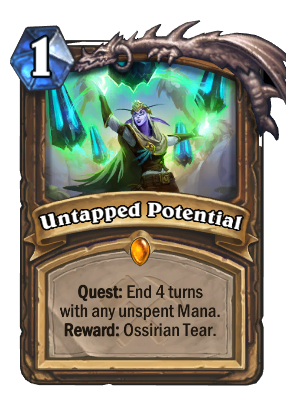 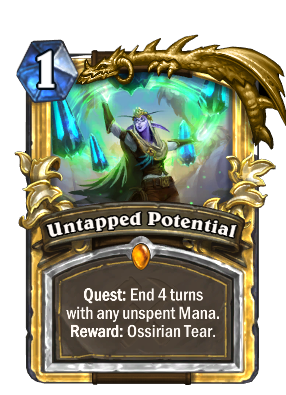 The official term is "strategic laziness."

Untapped Potential is a legendary druid spell card, from the Saviors of Uldum set.

Untapped Potential can be obtained through Saviors of Uldum card packs, or through crafting. 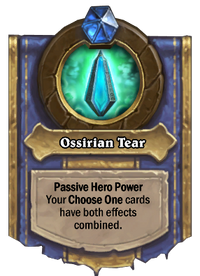 When a card with two Choose One options involving transform or specific summon effects is played while controlling Ossirian Tear, a unique minion will be produced that combines the effects of both options. 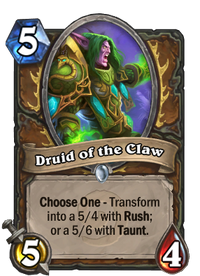 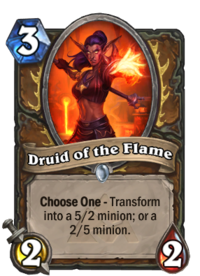 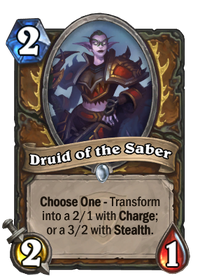 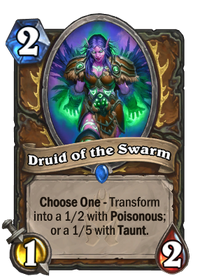 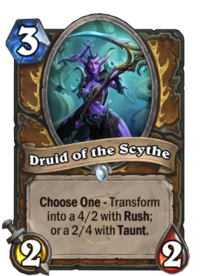 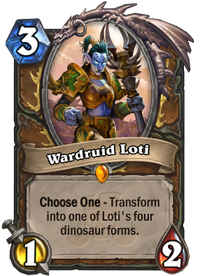 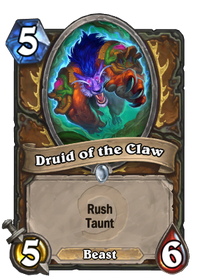 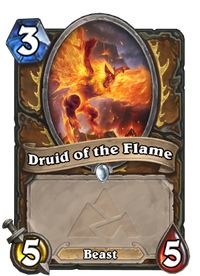 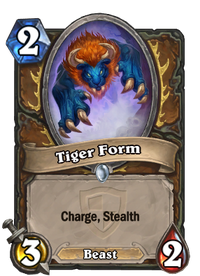 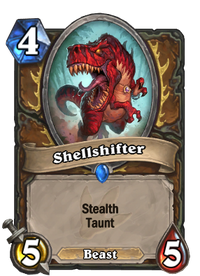 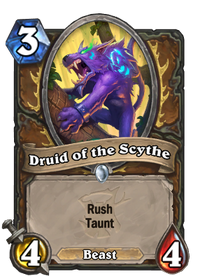 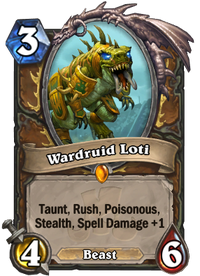 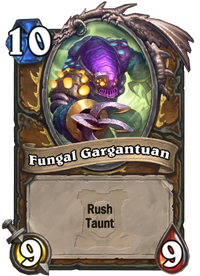 This is a fairly simple quest to complete. Try to leave just one Mana after each turn and you can complete it as early as turn 5. The main drawback to consider for this quest is that you will be behind on tempo for a few turns since you are effectively losing at least one Mana per turn to progress the quest. Crystal Merchant can alleviate some of this tempo loss, helping you guarantee value once the quest is complete. While a fast quest completion is important, don't be afraid to use cards that will leave you without unspent mana if it will help you stabilize.

You can use Innervate or The Coin (if going second) to round out your mana curve and complete your quest one turn earlier. This is generally not necessary unless you have a Choose One card you want to play on turn 5, such as Starfall or Oasis Surger.

Keeper Stalladris is a natural fit for an Untapped Potential deck, since you'll naturally be including plenty of Choose One spells.

The reward essentially gives you the effect of Fandral Staghelm for the rest of the game, and thus has synergy with decks heavily based on Choose One cards, such as Druid of the Claw, Cenarius, Tending Tauren, Hidden Oasis, and Oasis Surger. Even normally inefficient cards like Mark of the Loa and Starfall are much more powerful when their effects are combined. Wardruid Loti is a particularly powerful minion if all her effects are combined.

Ossirian Tear is unique to Hearthstone, but its name ostensibly refers to Ossirian the Unscarred, the final boss of the Ruins of Ahn'Qiraj raid in World of Warcraft.

During the War of the Shifting Sands, as the anubisath constructs crumbled under the bronze dragonflight's assault, a single anubisath did the seemingly impossible — he found a way to fight back.

Ossirian targeted one of the leaders, the massive dragon Grakkarond, and hurled his obsidian sword through the beast's wing. The crippled wyrm descended, crushing the qiraji as it fell. The dragon mauled Ossirian nearly to death, but the remaining anubisaths and qiraji now had a target on the ground to focus on, and they swiftly converged and overwhelmed the noble dragon.

Ossirian's beaten body was dragged back to the Ruins of Ahn'Qiraj following the battle, where he should by all rights have perished. It is whispered that Ossirian found the favor of the malevolent force that reigns over the qiraji, for in spite of his wounds, the construct survived.

When the mighty anubisath awoke, he found himself transformed, his strength bolstered and his wounded head bound in the visage of a hawk. Emperor Vek'nilash himself explained what had occurred: Where all others — including the qiraji General Rajaxx — had failed to find a way to counterattack, the Anubisath had succeeded. For that he received a gift; Ossirian's essence had been bound to several ancient crystals of distant origin, which would grant the Anubisath champion near invulnerability. There was a price for this boon however; Ossirian's life was maintained by the crystals, and if he should ever stray too far from them, the Anubisath would swiftly die.

As others learned of Ossirian's survival, the Anubisaths began to refer to him as the "Unscarred", revering him as a nearly invincible hero.

The legends say that Vek'nilash secretly entrusted Ossirian with the responsibility of maintaining a watch on General Rajaxx, to ensure that the commander would never fail again.

Ossirian serves the Emperors to the best of his ability, despite the frustration of being eternally bound to a single location. The bones of Grakkarond have become a sacred site to the Anubisaths; a testimony to their ability to defeat even the most powerful of enemies.

Ossirian Tear and the crystals seen in Untapped Potential's card art bear a strong resemblance to the Ossirian Crystals to which Ossirian's life essence is bound and which serve an important role in the boss fight against the Unscarred.