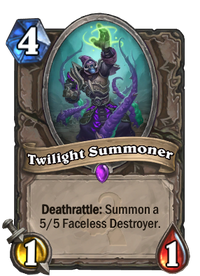 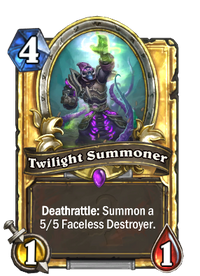 If you strike him down, he shall become more powerful than you can possibly imagine.

Twilight Summoner is an epic neutral minion card, from the Whispers of the Old Gods set.

Twilight Summoner can be obtained through Whispers of the Old Gods card packs, or through crafting. 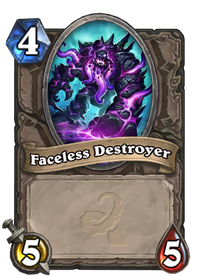 This card is very useful in Rogue decks, due to access to class cards like Shadowcaster and Unearthed Raptor.

This troll is a member of the Twilight's Hammer clan, apparently engaged in summoning a faceless one.