This article is using {{Card template}}.
See Help:Style guide/Card for how to edit this kind of article.
Edit this article
Tuskarr Totemic
2513 • AT_046
Regular 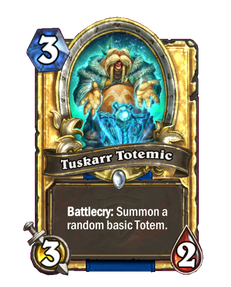 Turns out the tuskarr aren't real choosy about their totems. 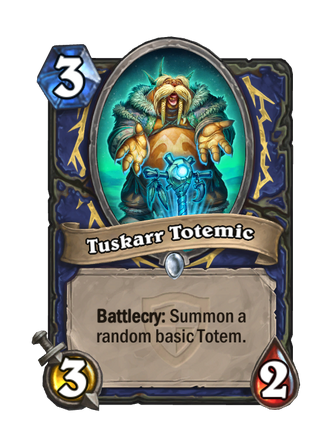 Tuskarr Totemic is a common shaman minion card, from the Grand Tournament set.

Tuskarr Totemic's Battlecry may summon any of the following minions. Other Totems will not be summoned. 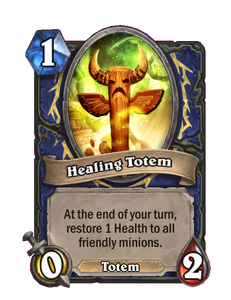 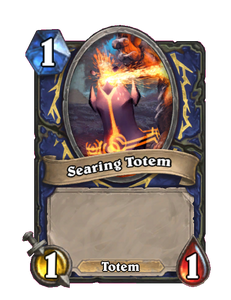 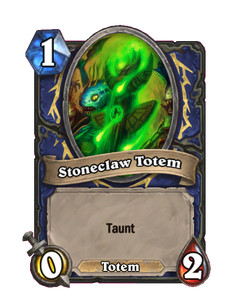 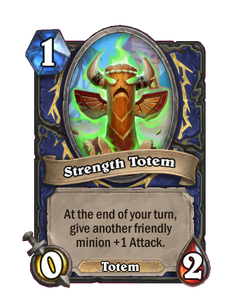 This is a synergy card for a Totem deck, providing reasonable overall stats: no matter what Totem it summons you are getting a 1/1 or 0/2 of stats on the board along with the 3/2 Tuskarr itself. The effects of the Totems can be useful, and also work with cards like

Since this minion's Battlecry does not obey

Tuskarr Totemic was originally capable of summoning any Totem, not just the ones generated by Totemic Call: specifically,

Mana Tide Totem (as well as

Vitality Totem in Wild format). This was changed in Patch 6.1.3.14830, both in order to reduce the overall strength of the aggro/midrange shaman decks popular at the time, and because the card RNG was deemed too "swingy" and not "the most fun type of randomness". Prior to the nerf the odds of winning after playing the card in such a deck were analysed over more than 50,000 games. If the Tuskarr Totemic summoned any of the basic totems, the chances to win were 45-47%, but if it summoned one of the other totems it produced a win rate of 55-69%. This huge influence on the outcome of the match based on the random effect of a single card was removed by the nerf, but the resulting poor odds even in strongly synergistic decks saw the card removed from competitive lists.

The walrus-men practice a form of magic that, on its surface, is astonishingly similar to shamanism. Kirin Tor scholars have not yet deciphered the source of the tuskarr's magic.

Commentary: We like that Tuskarr is contributing to totem focused decks, but currently the power level is centered around the possibility of summoning cards like Totem Golem or

Mana Tide Totem. This isn’t the most fun type of randomness for a card that is low mana and sees this much play. We want this card to be an option for decks that take advantage of extra totems through cards like

Thing from Below or

Primal Fusion, but a weaker option for players looking for standalone high power level options on turn three. That said, we are adjusting the battlecry for Tuskarr Totemic to only summon basic totems.