This article is using {{Card template}}.
See Help:Style guide/Card for how to edit this kind of article.
Edit this article
Treachery
42565 • ICC_206
Regular 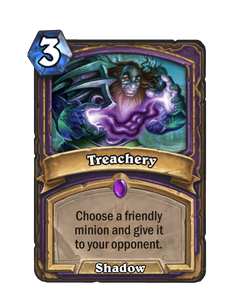 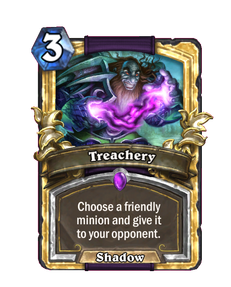 Dimensions: Full • 330 x 410px
Choose a friendly minion and give it to your opponent.
Flavor text

Never look a gift minion in the mouth. 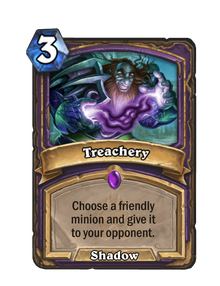 Treachery is an epic warlock spell card, from the Knights of the Frozen Throne set.

The main purpose of this card is to give a minion with a negative Deathrattle, end-of-turn, or triggered effect to the opponent and force them to suffer its effect instead. Some of the cards that make good use of Treachery include: