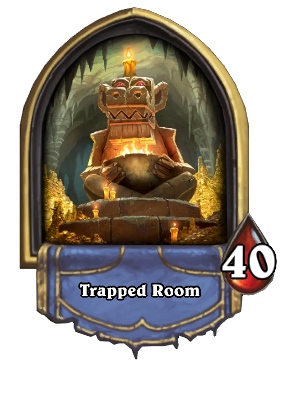 Trapped Room is a boss that can be encountered during the Dungeon Run. 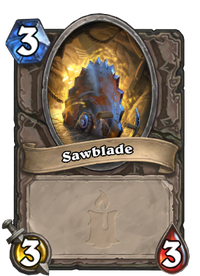 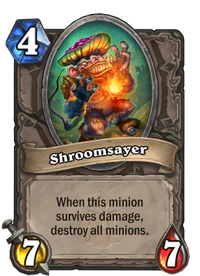 The Trapped Room starts the battle with five random Secrets in play. Triggering any of its Secrets spawns a 3/3 Sawblade, and its entire deck is almost completely composed of Secrets. It only has three different minions: Secretkeeper, Ethereal Arcanist, and Shroomsayer, so if you don't trigger any Secrets, it has very little power on board.

As the boss description indicates, one viable strategy is to not play anything, and not trigger any Secrets. This leaves the only threats as its Secretkeepers, which will only have 1 attack if the Room doesn't replenish any Secrets, and the Ethereal Arcanists, which can snowball out of control if not dealt with. This leaves a luck-based component to this strategy - either hope that the Room overdraws and mills all its minions, or hope that its initial Secrets do not include anything that will respond to your options to remove the Arcanist. Once all Arcanists are dealt with, you should be able to weather the Secretkeeper's 1-damage hits and outlast the Room. Its deck is smaller than yours and it will succumb to fatigue damage quickly.

On the off chance that you do have to fight it on even grounds, good luck. Keep track of which Secrets it began with because those are not part of its deck. After those five Secrets are eliminated, note that it only has one copy of each other Secret which it draws, so successfully clearing a new Secret it put down means that you don't have to worry about it any more.

Trapped Room is unique to Hearthstone. There is nothing like it in Azeroth.