This article is using {{Card template}}.
See Help:Style guide/Card for how to edit this kind of article.
Edit this article
Trade Prince Gallywix
1993 • GVG_028
Regular 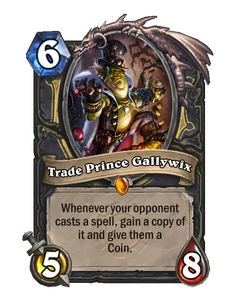 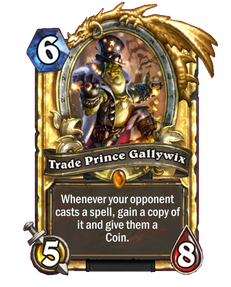 Dimensions: Full • 330 x 410px
Elite
Whenever your opponent casts a spell, gain a copy of it and give them a Coin.
Flavor text

Gallywix believes in supply and demand. He supplies the beatings and demands you pay up! 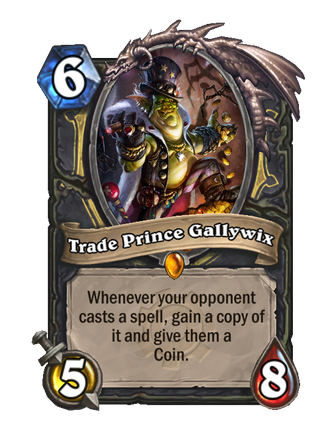 Trade Prince Gallywix is a legendary rogue minion card, from the Goblins vs Gnomes set. His triggered effect produces 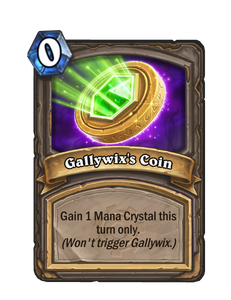 This card is expensive, but very strong against spell heavy decks, as it will discourage the removal of him through anything but direct minion damage. A very strong tempo card if you can get it out onto an empty board.

Prince Gallywix's ability can backfire if the other player has

Open the Waygate quest completion, as well as providing fuel for