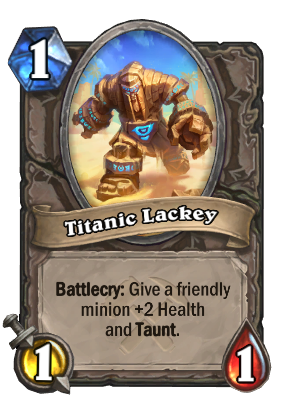 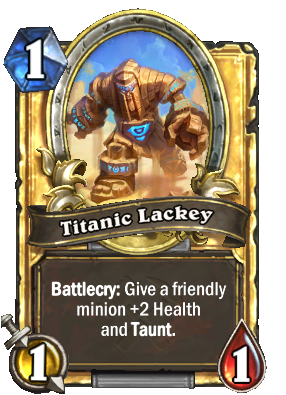 Battlecry: Give a friendly minion +2 Health and Taunt.
External links

Titanic Lackey is an uncollectible neutral minion card, from the Saviors of Uldum set. It has a chance to be generated as a Lackey card.