This article is using {{Card template}}.
See Help:Style guide/Card for how to edit this kind of article.
Edit this article
Thrall
64763 • Story_03_Thrall
Regular 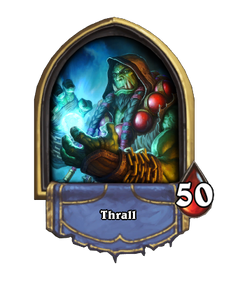 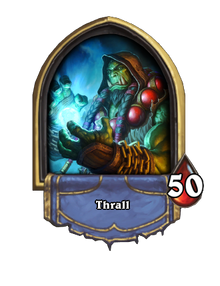 Thrall is the final boss in Warrior's Book of Heroes adventure. 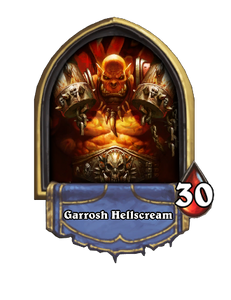 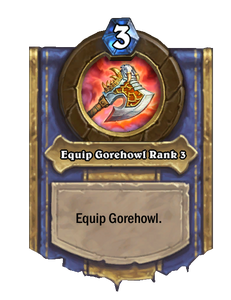 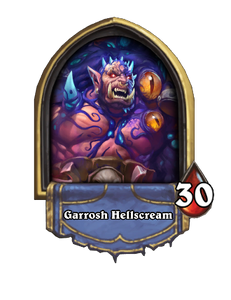 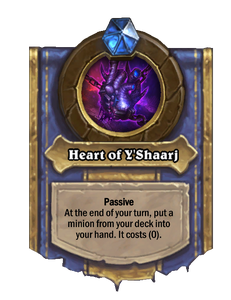 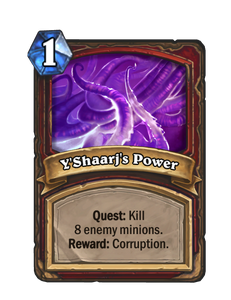 Garrosh Hellscream (present)
With great effort, I located another, superior artifact: the Heart of Y'Shaarj. But traitors within the Horde feared my power.
Warriors who should have served me instead turned to Thrall, begging him to return.

Thrall
It is not too late, Garrosh. Lay down the mantle of Warchief, and we can end this here.
Garrosh Hellscream
You betrayed our people by leaving them. And now you betray me!

Thrall
It pains me to hear you speak like this.

Thrall
Blood and Thunder!
For Doomhammer!
You are unworthy!

Thrall
At least Geyah will not know how far you fell...
I am never powerless. And never alone.
I wish you could see that there are many ways to be strong.

Thrall
Spirits of the wind, the earth, the water, hear my call! Come to my aid!
Garrosh Hellscream
My dark shaman have twisted the elements. They cannot hear you now.

Garrosh Hellscream
Anger. Hatred. Fear! They are the weapons of war - the tools of a Warchief!
Yes... I can see the future of this world... A world ruled by the Horde... MY Horde.

Corrupt Garrosh
The old one calls to you.
Thrall
I must correct the mistake I made long ago...

Garrosh Hellscream (present)
I struck him down, and the former Warchief of the Horde lay stunned in the dust.
Thrall's adventurers overwhelmed me and made me their captive... for a time.
But I showed them all what it means to find glory on the battlefield... to be an orc and a warrior… and to be called HELLSCREAM!

Thrall
I had such dreams for you, Garrosh. Now I must bury them...

Thrall , son of Durotan and Draka, is the former Warchief of the restored shamanistic Horde, founder of the nation of Durotar in Kalimdor and one of the second wave of shaman. His parents killed by Gul'dan's assassins shortly after his birth in the beginning of the First War, he was found and raised by Aedelas Blackmoore who gave Thrall his name. Raised as a slave and gladiator, he later joined Orgrim Doomhammer in freeing the orcs imprisoned after the Second War, being named Warchief after Doomhammer's death. After leading the Horde away from the Alliance - claimed Eastern Kingdoms, he rescued and made allies of the Darkspear Wowpedia and Bloodhoof tauren. Thrall led the new Horde against their former demonic masters in the Battle of Mount Hyjal. He subsequently led diplomatic efforts at peace between the Horde and Alliance after the end of the Third War.

Thrall alongside Varok reached the gate to Orgrimmar only to be stopped by the Kor'kron guard and Nazgrim. Nazgrim sent the Kor'kron away and allowed Thrall and Varok to enter but he had no guarantees for their safety. They entered the Underhold (probably learning about it from Eitrigg) where they faced the mantid. Varok was badly hurt and urged on Thrall to continue. Thrall entered a throne room in the Underhold and confronted Garrosh, who explained that his dark shaman had corrupted the land, making it impossible for Thrall to call upon the spirits. Thrall engaged Garrosh in melee combat but was soundly defeated. Garrosh himself was subsequently defeated by adventurers.