The League of Explorers: A Hearthstone Adventure

The League of Explorers is the Hearthstone Adventure announced at BlizzCon 2015. This thrilling collection of single-player missions introduces players to heroic new characters and dastardly villains, dangerous temples, and deadly traps that require innovative decks and strategies to conquer. Explorers who make it out victorious will be rewarded with all-new cards to add to their collections!

Players must have unlocked all nine heroes to play.

The League of Explorers follows four adventurers — Elise Starseeker, Reno Jackson, Sir Finley Mrrgglton, and Brann Bronzebeard — on their journey through the deepest jungles and hidden temples of Azeroth to recover an ancient artifact. These brave explorers will face many perils as they navigate through the Temple of Orsis, Uldaman, The Ruined City, and the Hall of Explorers on their most daring quest yet!

The League of Explorers will launch on November 12, with locations opening on a weekly basis over the course of a month, and a one-week break in the middle so Blizzard can have a little pumpkin pie on the Thanksgiving holiday.

Help Reno Jackson track down the first piece of the artifact by uncovering the mysteries of the time-lost Temple of Orsis. These ruins have lain undisturbed for centuries, but that doesn’t mean they don’t hold their fair share of danger. Getting in may turn out to be much easier than getting out alive!

The second piece of the artifact lies deep within the halls of Uldaman, a key location of immense importance to dwarf history. Lucky for you, Brann Bronzebeard himself will help you probe the depths of this dangerous dig site. With such an experienced treasure hunter at your side, surely nothing will go wrong. Say, do these ancient statues look… evil?

Face hordes of Naga and Murlocs and worse to reach the third piece of the artifact. To aid you in your struggle against the scaly and slippery terrors of the ruined city, refined gentleman and scholar Sir Finley Mrrgglton joins your quest. Brave the challenges of this ruined city, and you will be one step closer to claiming your prize.

The grand conclusion to your epic adventure takes you all the way back home to the Hall of Explorers, one of Azeroth’s foremost collections of ancient relics and a place of ongoing archeological research. What will happen when all pieces of the Staff of Origination are combined? Only one way to find out!

Players ready to embark on this Adventure will be able to purchase access to the entire Adventure for $19.99 USD. Following pricing options outlined by previous Adventures, single wings will be available for 700 gold or $6.99 USD each, and discount-bundles will be available as well based on the number of individual locations the player has already purchased. 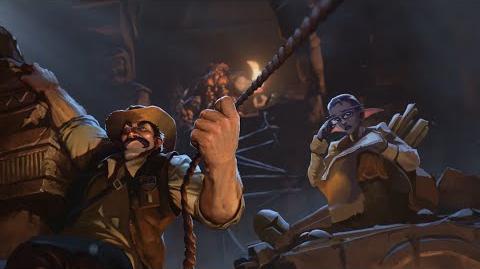 The League of Explorers Cinematic Trailer 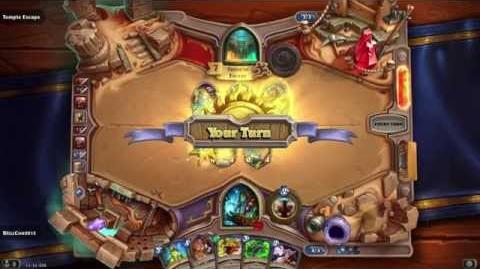 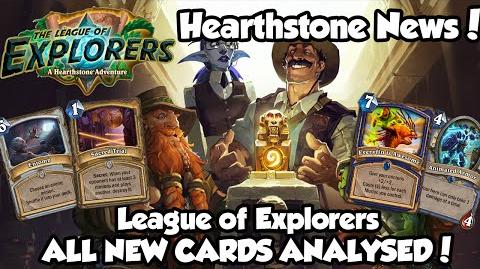 Hearthstone The League of Explorers - All New Cards Analysis! 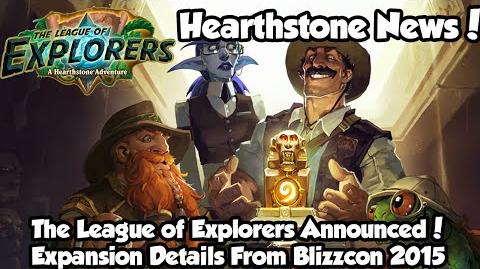 Hearthstone The League of Explorers Adventure Announce - All Details!
Add a photo to this gallery

Retrieved from "https://hearthstone.fandom.com/wiki/The_League_of_Explorers?oldid=34616"
Community content is available under CC-BY-SA unless otherwise noted.