The Arena is one of the four game modes offered in Hearthstone. It was originally named The Forge but it was changed to stop confusion over the name.

In this mode, players can put their skills to the test where deck-building is half the fun. Assemble a new wild format deck by choosing from a selection of cards provided for the match, and then duel other similarly ranked Arena participants for a chance to win card packs. If players own a Golden version of a card, the first copy drafted will be Golden. If players own multiple Golden copies of a card, all copies drafted will be Golden.

You get to choose one out of three cards 30 times after choosing your hero. The cards you can choose from are randomly generated. You can get every rarity, even legendaries. After you have chosen your 30 cards you are ready to play. You cannot go back and change your mind about the card choices, so choose carefully!

You can play as often as you want with the deck. The deadline is 3 losses. The deck is "remembered" by the game, so players may take a break at any time. If you win your "Key" will be upgraded, up to twelve times. When you claim your rewards the key is used to open a Chest in an animation and you get rewards based on the amount of wins. The Rewards can be:

Note that the rewards are not fixed per win; there is not a set reward for each key. Generally speaking players will make back their gold entry fee somewhere between seven and nine wins, and the gold/dust rewards exponentially increase.

If you lose 3 times, win 12 times, or retire, the deck will be "deleted" and you get your rewards. The better you did the better rewards you get.

Please note: In arena you can get more than 2 of the same card. 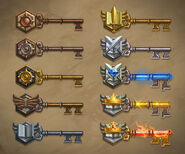 With random card drafting in arena there is no way of guaranteeing card synergy. You will have to rely on luck and personal skill. Always choose the hero you have the most experience playing. Arena will put your skills and knowledge of a class to test against other players. If you are a beginner consider starting off with Mage or Paladin, if given the opportunity. These two heroes have amazing removals (Consecrate, Flamestrike) and good hero powers to keep up tempo.

Three cards for each class presented for Arena; players voted to see which would make it in at BlizzCon 2017. Unclear if this decision is final. Each decision is found within the set's caption. Click to enlarge. 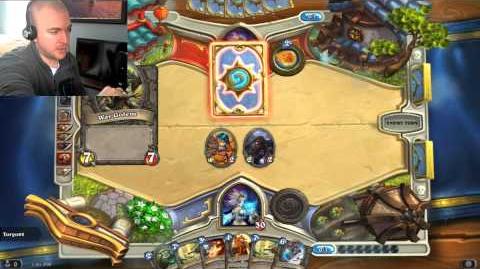 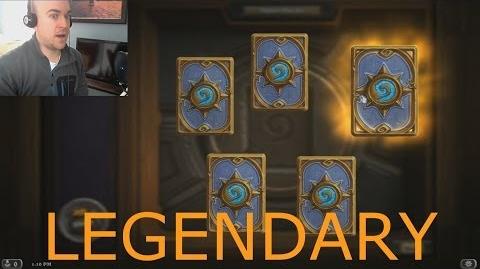 Retrieved from "https://hearthstone.fandom.com/wiki/The_Arena?oldid=33537"
Community content is available under CC-BY-SA unless otherwise noted.