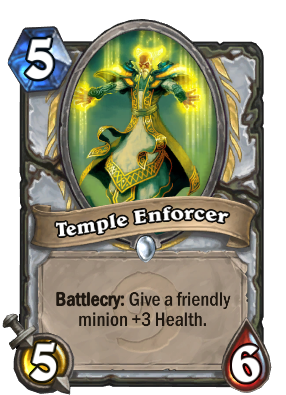 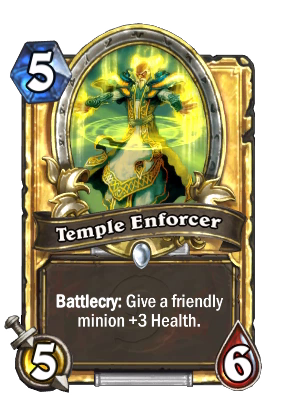 He also moonlights Thursday nights as a bouncer at the Pig and Whistle Tavern.

Temple Enforcer is a common priest minion card, inducted into the Legacy set, formerly from the Classic set. 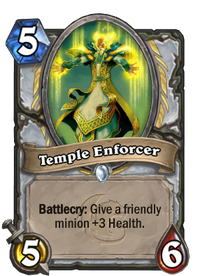 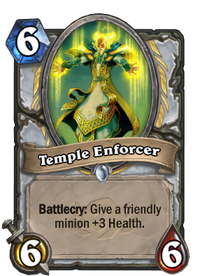 Temple Enforcer can be obtained through Classic card packs, or through crafting.

Temple Enforcer (Core) is uncraftable and cannot be crafted or disenchanted.

Temple Enforcer is a well-statted minion that can increase the survivability of another minion, letting the target trade into an opponent's minion and survive. Proactively, the card is best used on a Taunt minion to increase its durability. The stats are good enough to also play on the board by itself, being equal to a Pit Fighter.

In Wild, Temple Enforcer can be used in combination with Power Word: Shield / Divine Spirit and Inner Fire to create a high damage and high health threat. However, it's generally outclassed by Kabal Talonpriest for this.