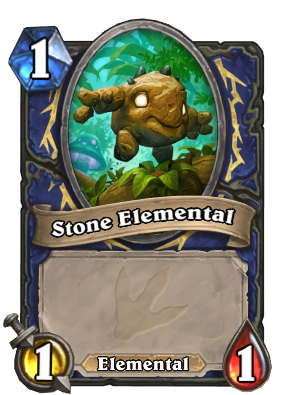 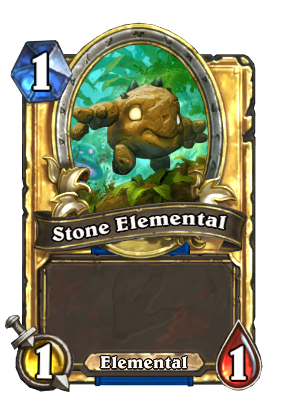 Stone Elemental is an uncollectible minion, generated by Invocation of Earth, a choice card generated by Kalimos, Primal Lord, from the Journey to Un'Goro set. 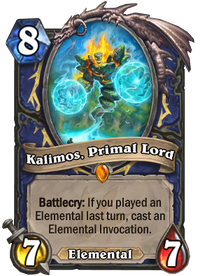 The specific Stone Elementals associated with Kalimos, Primal Lord, like Kalimos himself, are original to Hearthstone.

According to promotional materials released by HearthPwn, Elise the Trailblazer witnessed Kalimos make use of "an entire army" of Stone Elementals to fight dinosaurs during her expedition into Un'Goro Crater, but it is unknown if this is considered to be part of the official Hearthstone storyline:

"We're witnessing a miracle! Its gained control of an entire army in mere seconds! Keep quiet everyone, they're off to battle that family of dinosaurs off in the distance. WHOA, that tail-swipe-a-saurus sure did a number on him."[1]