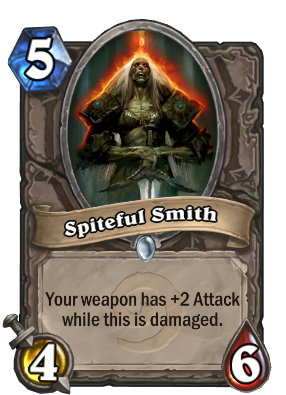 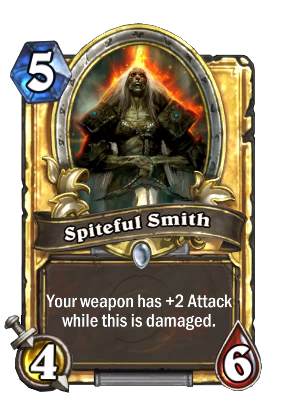 Your weapon has +2 Attack while this is damaged.
Flavor text

She'll craft you a sword, but you'll need to bring her 5 Steel Ingots, 3 Motes of Earth, and the scalp of her last customer.

Spiteful Smith is a common neutral minion card, inducted into the Legacy set, formerly from the Classic set. 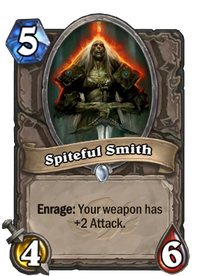 Spiteful Smith can be obtained through Classic card packs, or through crafting.

A great card for almost any class that can wield weapons. The more Durability the current weapon has, the more effect this minion brings to the table. A notable example would be Gorehowl where extra Attack means extra hits with the weapon, as well as even greater potential for hero burst damage. Another great combination would be Doomhammer, with the Attack bonus effectively doubled due to Windfury.