This article is using {{Card template}}.
See Help:Style guide/Card for how to edit this kind of article.
Edit this article
Spellslinger
2571 • AT_007
Regular 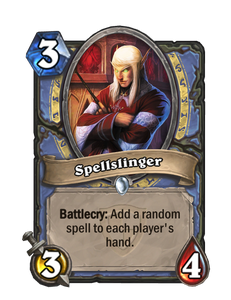 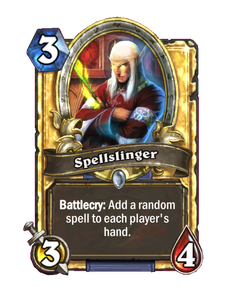 Does he sling spells, or do his spells linger about. Who can say? 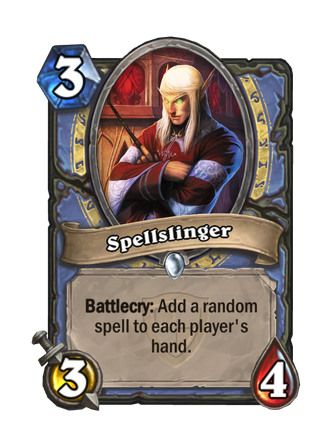 Spellslinger is a common mage minion card, from the Grand Tournament set.

Has relatively good stats for a 3 drop, and with care you should be able to use the spell it generates for you that same turn, before the opponent can use theirs. If played on curve (turn 3) however, your opponent will have the chance to play theirs first.

A list of collectible spells in Standard and Wild can be found here.