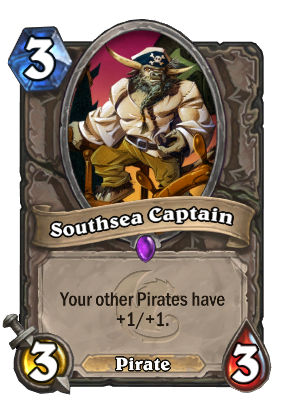 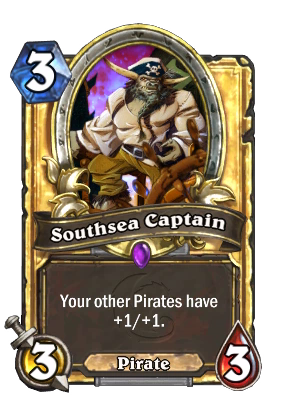 Your other Pirates have +1/+1.
Flavor text

When he saves enough plunder, he's going to commission an enormous captain's hat. He has hat envy.

This is the Core set version of Southsea Captain, an epic neutral minion card, originally from the Legacy set.

For more information about Southsea Captain, see the original version. 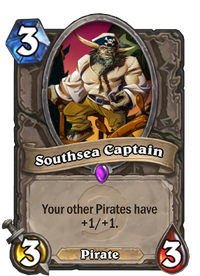 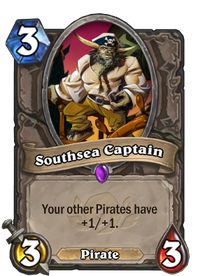 Two copies of regular Southsea Captain (Core) are obtained for raising sum of all your class levels to 56.

Two copies of golden Southsea Captain (Core) are obtained for winning 2500 games across all classes.

Southsea Captain (Core) is uncraftable and cannot be crafted or disenchanted.