This article is using {{Card template}}.
See Help:Style guide/Card for how to edit this kind of article.
Edit this article
Sothis
57323 • ULDA_BOSS_19h
Regular 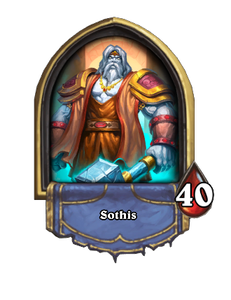 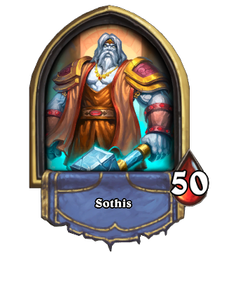 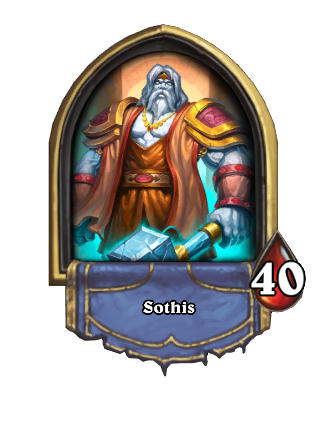 Sothis is a boss that can be encountered initially in Chapter 4 of Tombs of Terror. After completing Chapter 4, this boss encounter will be available in any completed chapter. 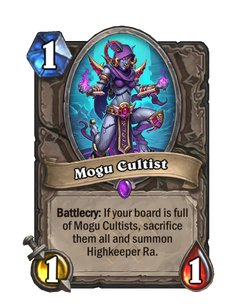 Since this boss's hero power summons Mogu Cultists, do not hesitate to destroy them as soon as he summons them, unless you have a way to deal with

Highkeeper Ra. Board wipes are very effective in clearing the cultists as they're very weak on their own.

Sothis
Your kind does not belong here.

Brann Bronzebeard
A Titan Watcher! They've unleashed all of the security measures, then…
Sothis
Be gone, earthen!

Sothis
Behold, the ancients' might!
I crush the insolent.
Intruders shall lament.
The weak shall be crushed.
These meddling mortals...

Sothis
A whole world to play in--and you come HERE.
Who watches the Titan Watchers?
Why do squishy creatures fight stone guardians? Most unwise.

We shall force the mortals out.

You forsake your charge!

You should not possess that ring!

Sothis
I never knew why the makers made you so curious.

Sothis is unique to Hearthstone. He is a titanic watcher.