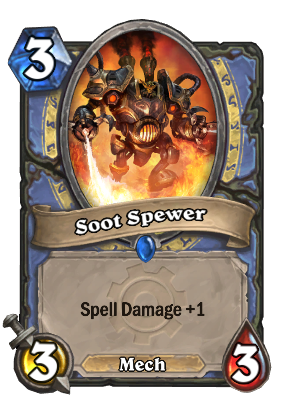 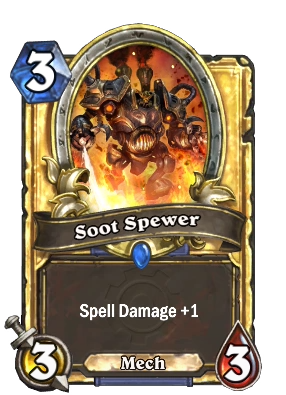 Soot Spewer is a rare mage minion card, from the Goblins vs Gnomes set.

Soot Spewer can be obtained through Goblins vs Gnomes card packs, or through crafting.

Soot Spewer also has the added benefit of being a Mech. This typing synergizes well with Goblin Blastmage, as you can play it on turn 4 after Soot Spewer to trigger its ability. If you have a Mechwarper on the field, Soot Spewer costs only 2 Mana becoming a superior Kobold Geomancer.