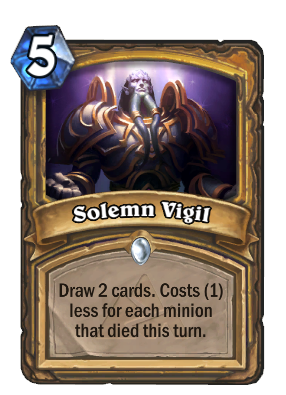 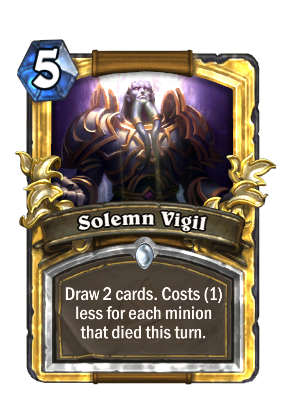 Draw 2 cards. Costs (1) less for each minion that died this turn.
Flavor text

Each year, folk gather in front of Blackrock Mountain to mourn those who were mind-controlled into the lava.

Solemn Vigil is a common paladin spell card, from the Blackrock Mountain set.

As a Wild format card, both regular and golden versions of Solemn Vigil can also be crafted for the following amounts:

With 2 minions having died the same turn, this is equal to a mage's Arcane Intellect. Especially good after using the popular Equality + Consecration combo, or any other board clear.