Edit
Skull of the Man'ari
Regular 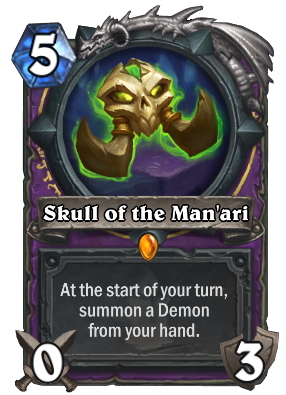 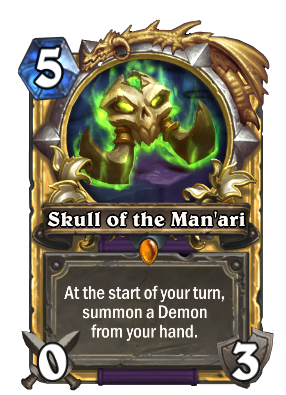 Elite
At the start of your turn, summon a Demon from your hand.
Flavor text