This article is using {{Card template}}.
See Help:Style guide/Card for how to edit this kind of article.
Edit this article
Skulking Geist
42784 • ICC_701
Regular 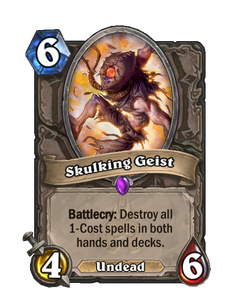 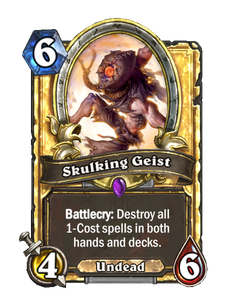 It's as though a million Jade Idols cried out, and were suddenly silenced. 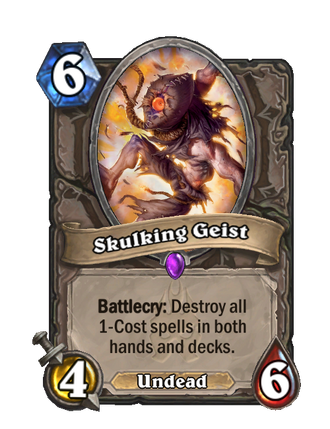 Skulking Geist is an epic neutral minion card, from the Knights of the Frozen Throne set.

This minion can serve as an extremely powerful tech card against decks that rely on 1-Cost spells, such as Secret Paladin (

Note that if is played after a player uses

Explore Un'Goro, their entire deck is destroyed, providing an almost guaranteed loss for them. It also removes

Corrupted Blood from both players.

After being freed from the grasp of

The Lich King, some geists have regrouped against him under the banner of Highlord Darion Mograine as members of the Knights of the Ebon Blade.