Sidequest
Complete for a reward.

Sidequests are a spell ability and type of spell card which grant a conditional reward. When played, Sidequests are displayed above the controlling hero's portrait, similar to Secrets and Quests. When the condition of the Sidequest is met, the Sidequest's reward is given to the player.

Sidequests can be seen by the opponent when they are hovered over, the Sidequest's progress is displayed to both players. Unlike Quests, Sidequests come in rarities other than Legendary, do not start in the opening mulligan, and multiple Sidequests can be active at a time.

Sidequests were introduced in Descent of Dragons, and are effectively a less powerful but less restrictive version of Quests. 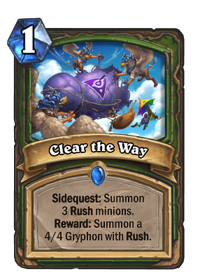 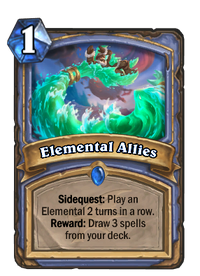 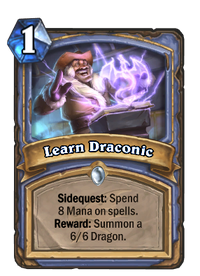 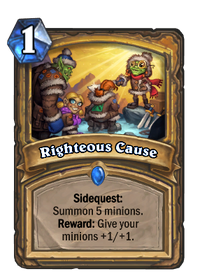 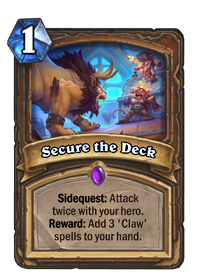 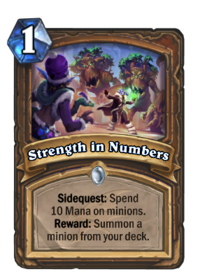 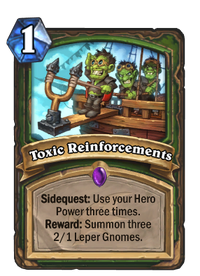 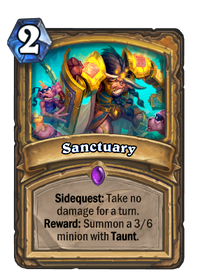 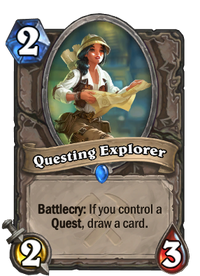 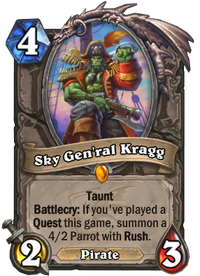 Unlike deck-defining Quests, Sidequests have softer requirements to go with their weaker rewards. Many Sidequests have effects that will easily be fulfilled, making them less of a deck archetype and more of a delayed effect.

Any deck that naturally makes use of their requirement can include Sidequests for a cheap power play.

All Sidequests can be seen as a surcharge for a 0 mana effect. As long as the player uses all of their mana on the turn the Sidequest triggers, the benefit was effectively given for free, allowing for major tempo swings. Because of this, the best time to initially play a Sidequest is when you have any spare mana, since it is otherwise a low tempo play.