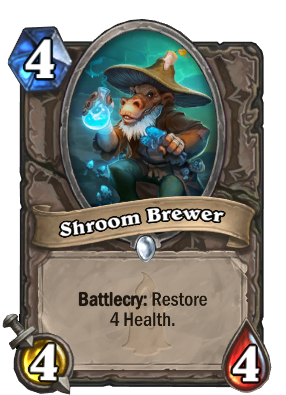 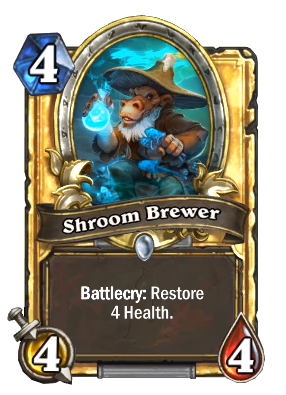 Shroom Brewer is a common neutral minion card, from the Kobolds & Catacombs set.

Shroom Brewer can be obtained by:

Comparable to Earthen Ring Farseer, Shroom Brewer is a good card for both Constructed and Arena. It can be played on-curve after an Injured Blademaster to get a 4/7 and a 4/4 on the board at once. 4 Health is usually more than enough to fully heal a minion; in this way, it can be seen as either an alternative to Hozen Healer that can also restore 4 Health to your hero, or a much cheaper Priestess of Elune that can also heal a minion.