This article is using {{Card template}}.
See Help:Style guide/Card for how to edit this kind of article.
Edit this article
Shiv
573 • EX1_278
Regular 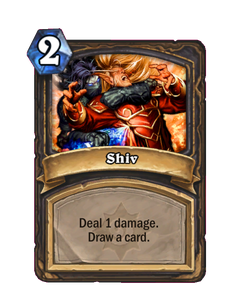 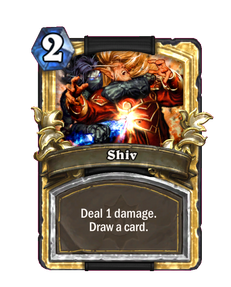 Rogues are experts at SHIV-al-ry. 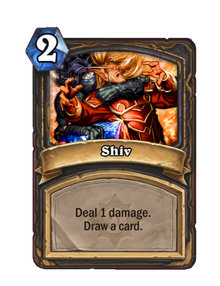 Shiv is a rogue spell card, inducted into the Legacy set, formerly from the Basic set. 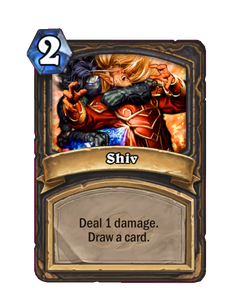 Regular and golden Shiv are uncraftable and cannot be crafted or disenchanted.

Shiv is an excellent tool for building card advantage by allowing you to draw a card when you play it, while also allowing you to remove a minion with 1 remaining Health. Due to its low mana cost, it can also be used to activate another card's Combo effect.