This article is using {{Card template}}.
See Help:Style guide/Card for how to edit this kind of article.
Edit this article
Shifting Scroll
43420 • LOOT_104
Regular 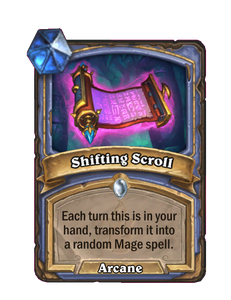 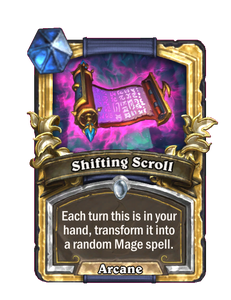 Dimensions: Full • 330 x 410px
Each turn this is in your hand, transform it into a random Mage spell.
Flavor text

Next turn, this is going to be AMAZING. 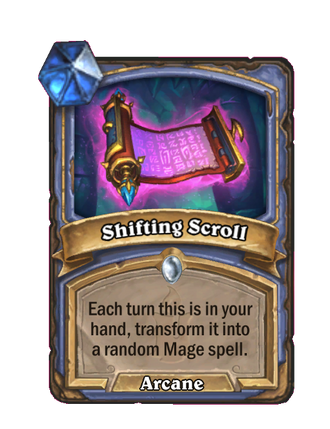 Shifting Scroll is a common mage spell card, from the Kobolds and Catacombs set.

This spell is best compared to

Shifter Zerus. Much like Shifter, the main strategy of the card is to let it sit in your hand until it becomes the spell you need. Unlike Shifter, this effect is more reliable due to having a far smaller pool to pull cards from, and the general overlapping effects Mage spells have (Area of Effect, Removal, and Freeze are all common).