This article is using {{Card template}}.
See Help:Style guide/Card for how to edit this kind of article.
Edit this article
Shifter Zerus
38475 • OG_123
Regular 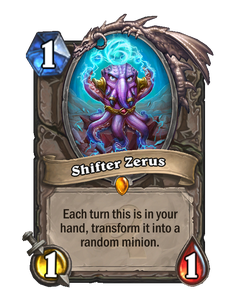 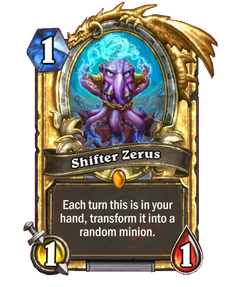 Dimensions: Full • 330 x 410px
Elite
Each turn this is in your hand, transform it into a random minion.
Flavor text 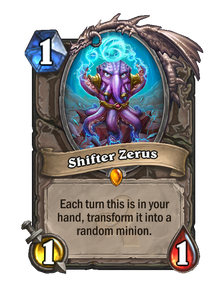