This article is using {{Card template}}.
See Help:Style guide/Card for how to edit this kind of article.
Edit this article
Shield Block
1023 • EX1_606
Regular 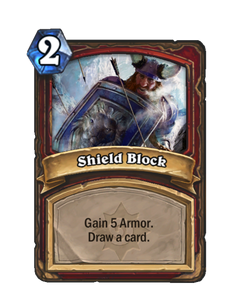 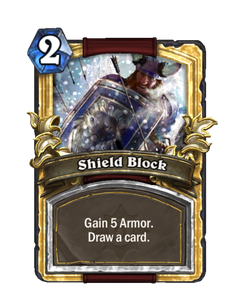 Shields were invented because Face Block is USELESS. 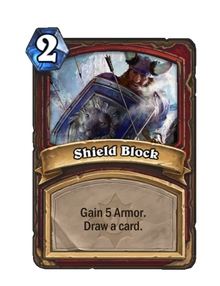 Shield Block is a warrior spell card, inducted into the Legacy set, formerly from the Basic set. It grants the warrior 5 Armor and causes them to draw a card. 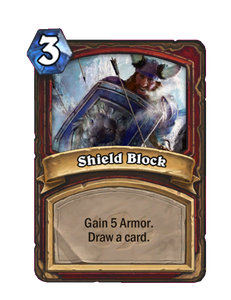 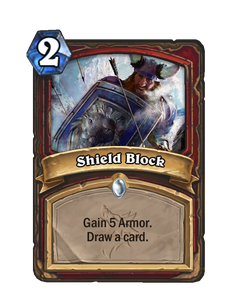 Regular and golden Shield Block are uncraftable and cannot be crafted or disenchanted.

Shield Block is a cheap draw card when you consider the 5 Armor it provides. It also synergizes well with Shield Slam, allowing for a 4 mana 5 damage removal.

If you are in a control vs control match, or any other match expected to go into Fatigue, it is usually a good idea to not play Shield Block if you draw it late. The extra draw will put you further into Fatigue than your opponent, eventually negating the Armor you gained.

In World of Warcraft, Shield Block is a defensive Protection warrior ability that increases the chance to block by 25% for 6 seconds. It can only be used when the warrior has a shield equipped.