This article is using {{Card template}}.
See Help:Style guide/Card for how to edit this kind of article.
Edit this article
Shellshifter
40973 • UNG_101
Regular 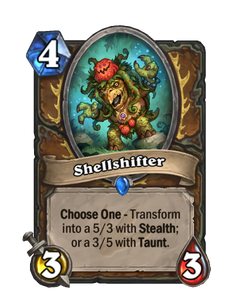 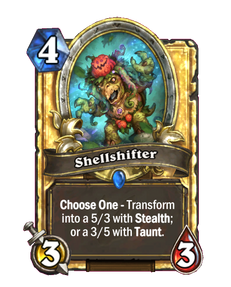 Master of the Three Shell Monte. 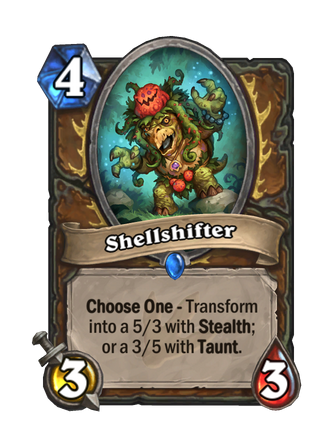 Shellshifter is a rare druid minion card, from the Journey to Un'Goro set. 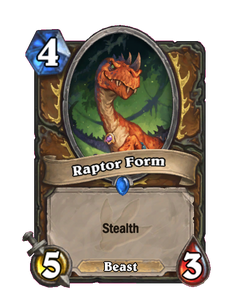 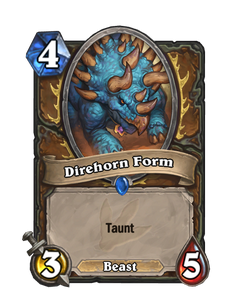 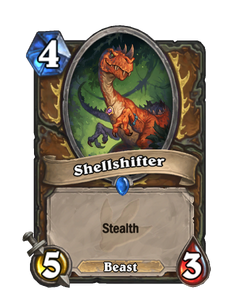 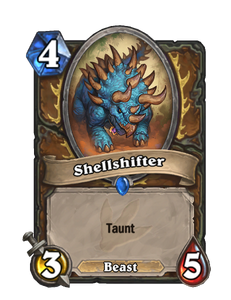 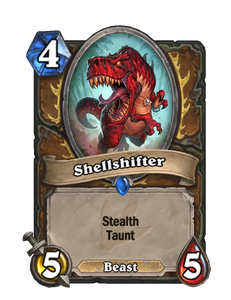 Shellshifter's power comes from its versatility. In Direhorn form, it is identical to

Sen'jin Shieldmasta, one of the best all-rounder Taunts in the game. In Raptor form, it is an aggressive minion that can easily clear away something of your opponent's, while remaining hard to kill through Stealth. Both forms have their strengths, and the correct form is entirely dependent on the board state.

As a side synergy, Raptor form also counts towards

This minion is a tortollan druid, and is unique to Hearthstone. It may be drawing its druidic powers from Tortolla, the turtle Ancient Guardian.