Hearthstone Wiki
Register
Don't have an account?
Sign In
in: Boss cards, Boss card data, All cards,
and 2 more 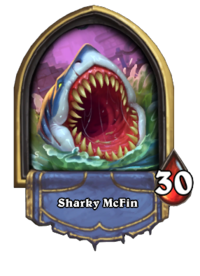 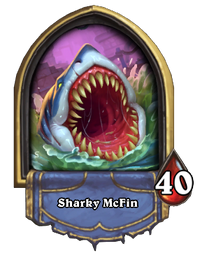 Sharky McFin is a boss that can be encountered in Chapter 4 of The Dalaran Heist adventure.

With plenty of low mana minions, Sharky relies on damage your minions so he can destroy them with your hero power. It is best to keep your strongest minions for the late game and survive with smaller minions and spell in order to render his hero power useless.

Sharky McFin is unique to Hearthstone.