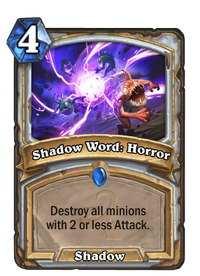 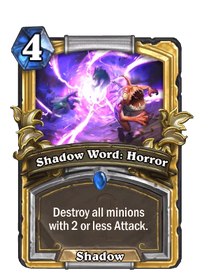 Destroy all minions with 2 or less Attack.

Shadow Word: Horror can be obtained through Whispers of the Old Gods card packs, or through crafting.

This spell can be combined with cards like Crazed Alchemist, Shrinkmeister, and especially Pint-Size Potion to remove larger targets. 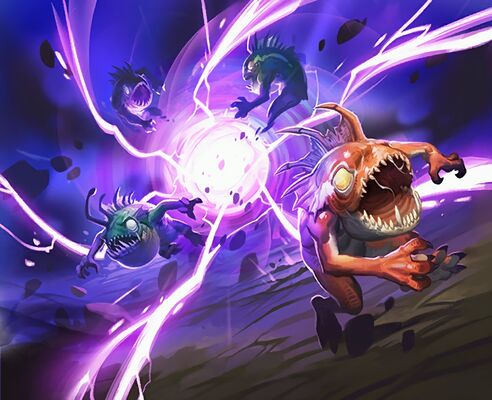