This article is using {{Card template}}.
See Help:Style guide/Card for how to edit this kind of article.
Edit this article
Shadow Word: Horror
38433 • OG_100
Regular 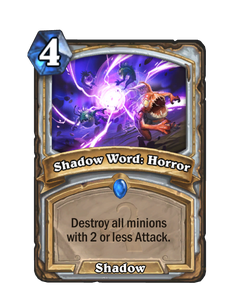 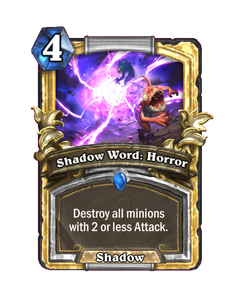 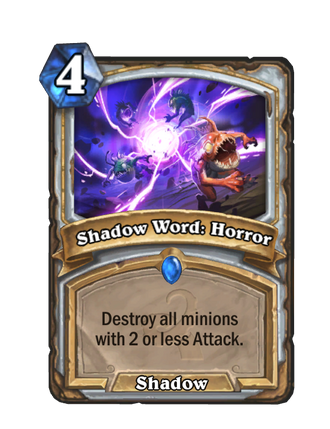 Shadow Word: Horror is a Shadow Word, a spell of dark magic used by priests to afflict and destroy their enemies. Unlike the other Shadow Words in Hearthstone -