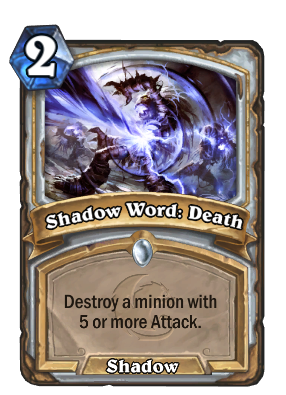 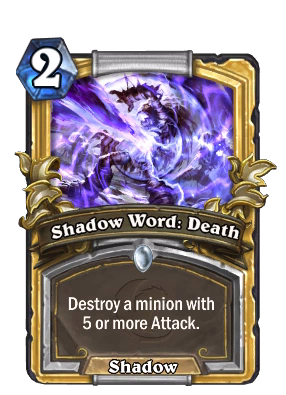 Destroy a minion with 5 or more Attack.
Flavor text

This is the Core set version of Shadow Word: Death, a common priest spell card, originally from the Legacy set. 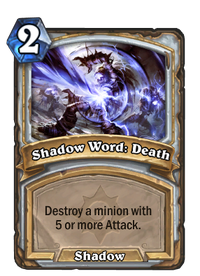 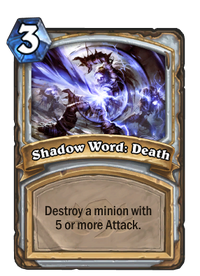