This article is using {{Card template}}.
See Help:Style guide/Card for how to edit this kind of article.
Edit this article
Shadow Rager
40464 • CFM_636
Regular 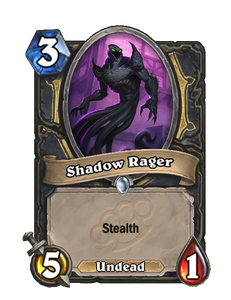 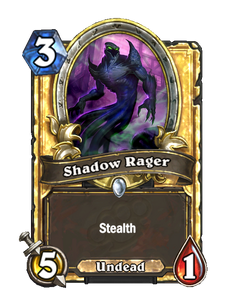 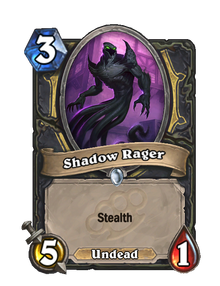 Shadow Rager is a common rogue minion card, from the Mean Streets of Gadgetzan set.

Worryingly similar to Magma Rager, this minion's Stealth significantly improves its value over that card, and offers synergy with cards like Shadow Sensei.

While this creature shares the conventional naming and stat distribution of elemental "ragers" (Magma Rager, Ice Rager and Am'gam Rager), it bears more resemblance to a shade, much like the Ancient and Shifting Shades.