This article is using {{Card template}}.
See Help:Style guide/Card for how to edit this kind of article.
Edit this article
Shadow Bolt
914 • CS2_057
Regular 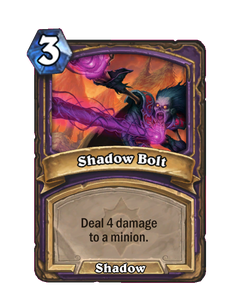 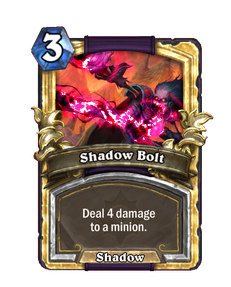 It’s a Bolt. It's made out of Shadow. What more do you need to know! 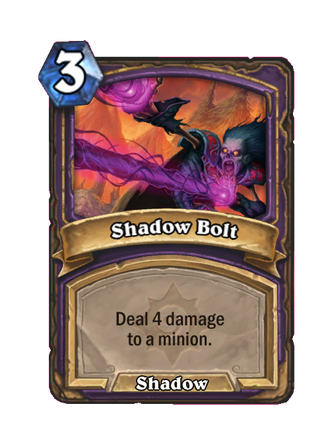 Shadow Bolt is a warlock spell card, inducted into the Legacy set, formerly from the Basic set. 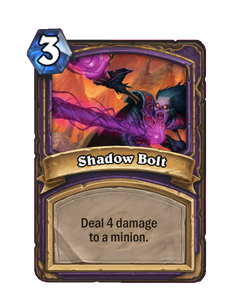 Regular and golden Shadow Bolt are uncraftable and cannot be crafted or disenchanted.

Shadow Bolt is only useable against minions, but it can deal with most midgame creatures thanks to its fairly high damage.

Shadow Bolt is a warlock spell from World of Warcraft. It is the first warlock ability, a simple direct Shadow damage spell with a moderate cast time.