This article is using {{Card template}}.
See Help:Style guide/Card for how to edit this kind of article.
Edit this article
Servant of Yogg-Saron
38414 • OG_087
Regular 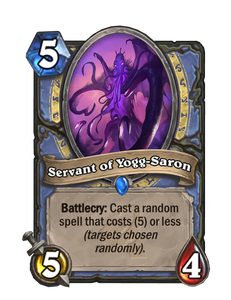 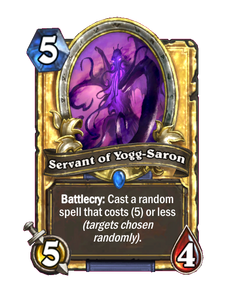 Yogg-Saron always likes to complain about how he has too many servants and there are too many mouths to feed. 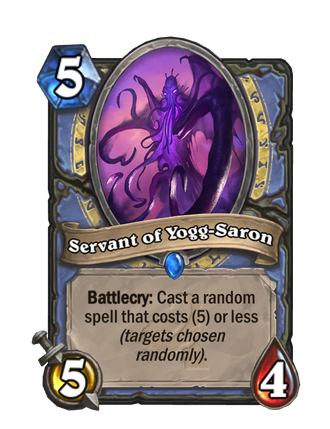 Servant of Yogg-Saron is a rare mage minion card, from the Whispers of the Old Gods set.

A very risky minion with stats below average, and therefore should only be played when the player has a possibility of dying the next turn.

This minion is risky because it has a chance to heal the friendly hero, but also a chance to buff enemy minions, and it could even destroy itself upon playing with cards such as

Shadow Word: Death, and thus be a complete waste.

This minion serves Yogg-Saron, and has much weaker but similar effect to the Old God, by randomly casting any spell.