This article is using {{Card template}}.
See Help:Style guide/Card for how to edit this kind of article.
Edit this article
Secretkeeper
158 • EX1_080
Regular 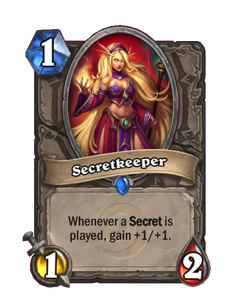 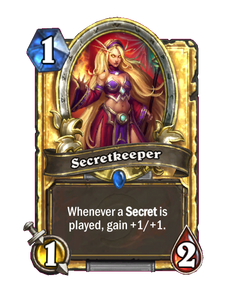 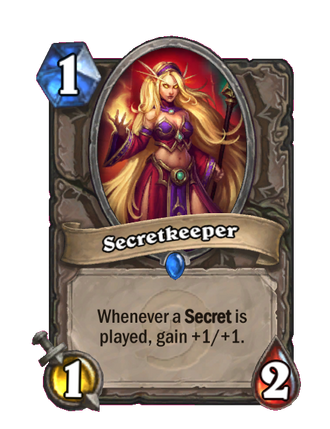 Secretkeeper is a rare neutral minion card, inducted into the Legacy set, formerly from the Classic set. 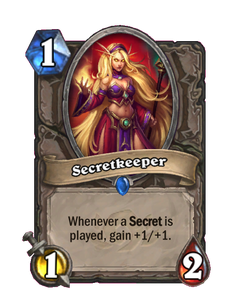 This card's effect triggers whenever either player plays a secret. As far as opponents go, note that there are only four classes that can currently use secrets (hunter, mage, paladin and rogue), making this card a poor choice if relying on the opponent to play secrets. However, as part of a deck that features many secrets, it can easily acquire stats that far exceed the expectations of its mana cost.

Bear in mind that the secret needs to be played for Secretkeeper to gain stats, which means cards like

Mad Scientist will not buff it. The cost of secret also matters: mages won't be able to buff it as often, but paladins or hunters can buff it more often.

Previous flavor text: She promises not to tell anyone about that thing you did last night with that one person.