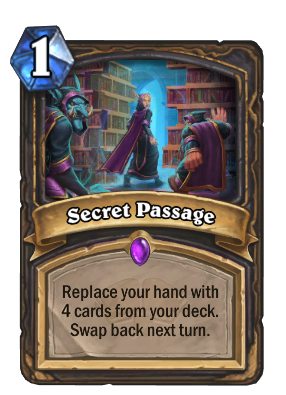 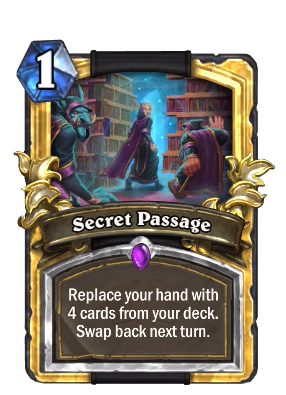 Replace your hand with 4 cards from your deck. Swap back next turn.
Flavor text

I use this to sneak out at night and do some villainous baking in the kitchen.

Secret Passage is an epic rogue spell card, from the Scholomance Academy set.