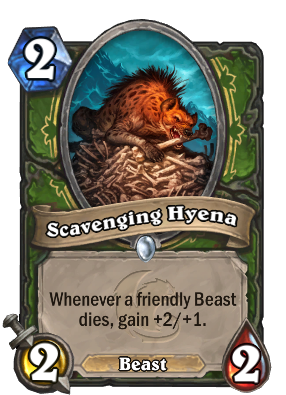 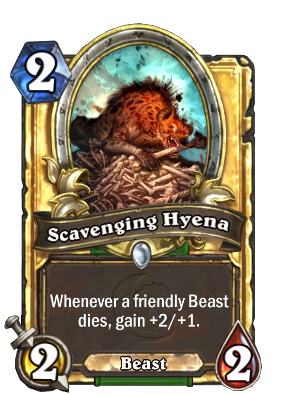 Hyenas prefer the bones of kodos or windserpents, but they'll eat pretty much anything. Even Brussels sprouts.

This is the Core set version of Scavenging Hyena, a common hunter minion card, originally from the Legacy set.

For more information about Scavenging Hyena, see the original version. 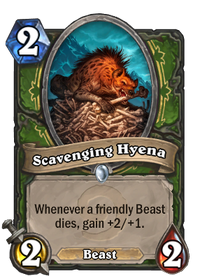 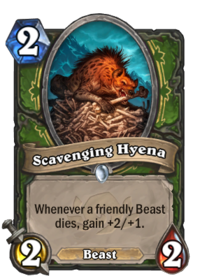 Scavenging Hyena (Core) is uncraftable and cannot be crafted or disenchanted.