This article is using {{Card template}}.
See Help:Style guide/Card for how to edit this kind of article.
Edit this article
Savage Roar
742 • CS2_011
Regular 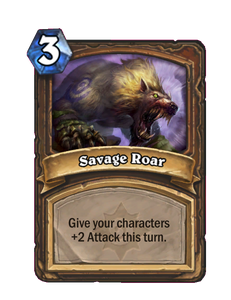 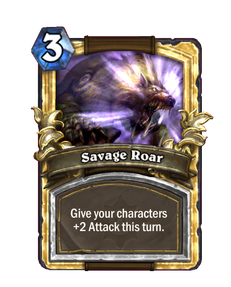 What do they roar? Nobody can quite tell, but it sounds like "Elephant Macho Breeze". It's probably not that, though. 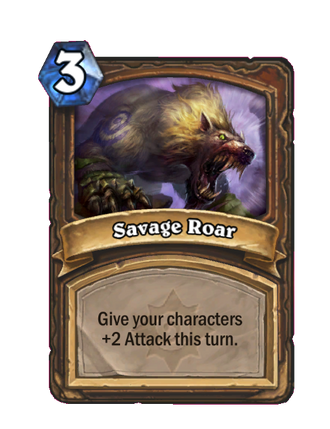 Savage Roar is a druid spell card, inducted into the Legacy set, formerly from the Basic set. 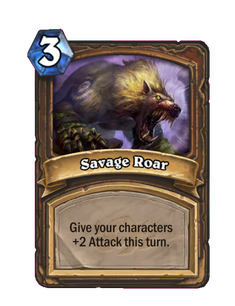 Regular and golden Savage Roar are uncraftable and cannot be crafted or disenchanted.

Savage Roar is a versatile card, acting as either removal or a potent finisher. Note that the damage bonus affects not only the druid's minions but also the druid himself, unlike the similar

In World of Warcraft, Savage Roar is a finishing move similar to how it is often used in Hearthstone. Usable by druids in Cat Form, it increases the druid's physical damage done by 40%.