This article is using {{Card template}}.
See Help:Style guide/Card for how to edit this kind of article.
Edit this article
Sandbinder
47134 • GIL_581
Regular 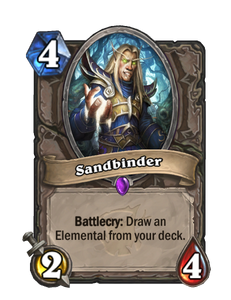 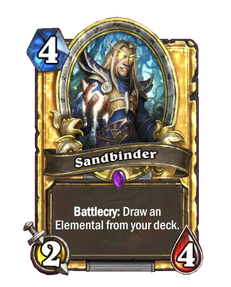 The secret is glue. 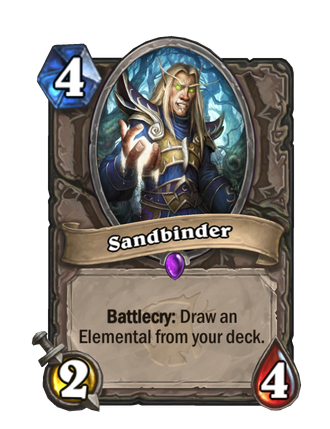 Sandbinder is an epic neutral minion card, from the The Witchwood set.

Gnomish Inventor, but it only draws Elementals. The poor stats and lack of an Elemental subtype make this effect undesirable for Elemental decks, since Elementals favour high-tempo curve plays and prefer to spend mana triggering Elemental effects. However, the specific card draw makes it fairly powerful for Combo decks using Elementals. Sandbinder can search for and pull out cards like

Grumble, Worldshaker, improving the combo's consistency. Conjure Mage can use this card to draw

Mountain Giant, which can then be targeted with

Conjurer's Calling. Other good targets include