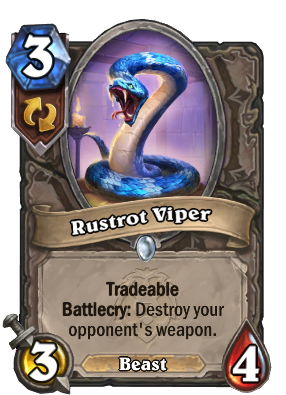 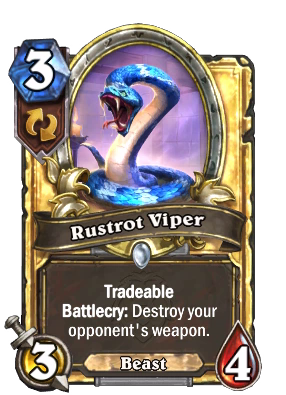 Rustrot Viper is a common neutral minion card, from the United in Stormwind set.

The use of Tradeable makes this card unique among other anti-weapon cards, in that it has added flexibility by adding the ability to draw a new card instead, making this not completely useless against classes that don't use weapons or decks that don't rely on weapons.

There is 1 achievement related to Rustrot Viper.