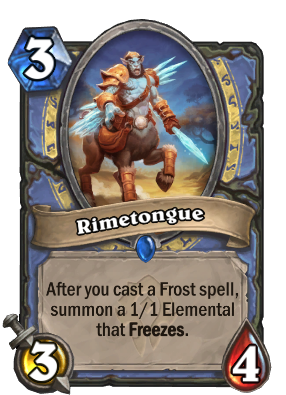 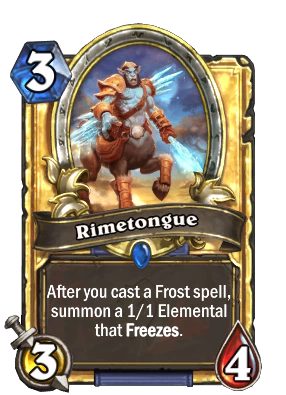 After you cast a Frost spell, summon a 1/1 Elemental that Freezes.
Flavor text

Warriors are red, Frost spells are blue, If you're being hit by a weapon, Rimetongue's got you.

Rimetongue is a rare mage minion card, from the Forged in the Barrens set. 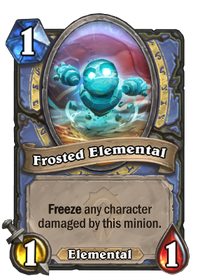 Rimetoungue has a great stats for its cost which is usable in Arena. Its effect requires players to use Frost spells to summon a 1/1 Water-Elemental minions.

However because of their low impact presence in the beginning, it can force opponents to remove them or immediately take the freezing effect from their minions to prevent their unwanted minions from being frozen. Opponents may use taunt minions to prevent them from freezing their board. Thankfully, many Frost spells provide Freezing effects on their own making these 1/1 tokens much more harder to be removed such as Ray of Frost, Brain Freeze, or Frost Nova